Razer's first smartphone adheres to what the business knows best: gaming. And the gambling peripheral company designed a mobile that produces the focus on gaming quite easily evident. Having a 5.7-inch display featuring a 120hz refresh pace, Snapdragon 835 processor, 8GB of RAM, 4,000mAh battery along with Dolby Atmos-powered front-facing speakers, the more Razer Phone includes, on paper, the necessary specs to pull off everything it set to perform.

Specs such as that put it on level with current flagship phones just like the iPhone X, Samsung Note8 along with Google Pixel 2 XL. However, could the Razer Phone compete in exact physical and handling usage? It's still early for the complete inspection, but on first impressions, the Razer Phone is really a surprisingly excellent attempt at the firm's first crack in a smartphone - but just because it adheres to tried-and-tested formula. 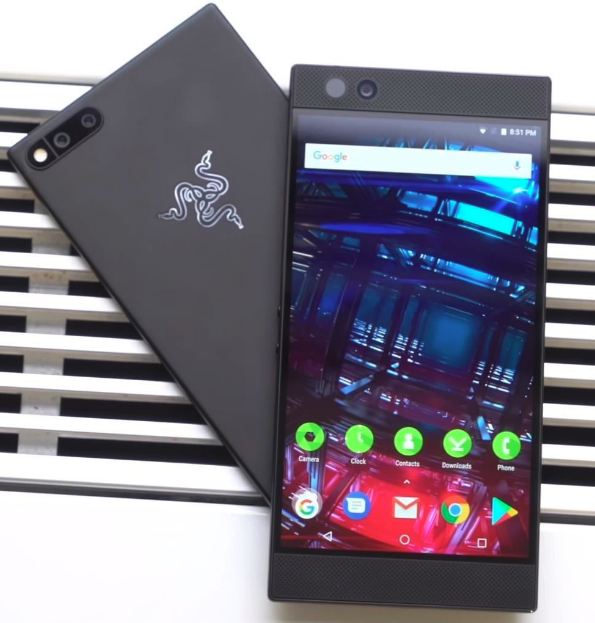 The Razer Phone's 5.7-inch screen is sharp and crisp, with fantastic colour vibrancy and comparison. It's the very first smartphone to be released worldwide with a 120hz refresh speed, although Japanese business Sharp - the very same company that made the Razer Phone's IGZO LCD display - has already slapped a similar feature to their Japan-only Aquos R smartphone line.

There's a discernible gap increasing from 60hz to 120hz not so much in visuals at the handling of this telephone number. The visual bulge is more subtle, although in-games, but games do look simpler and crisper at that setting. Responsiveness, nevertheless, is significantly more readily apparent - that the screen simply flies while scrolling through menus, Twitter feeds along with long webpages, with nominal lag and stuttering.

The Razer Phone can be actually a stout, large mobile that seems radically different in my fingers, which have become accustomed to the more, skinnier 2:1 screen aspect ratio that's trendy in flagships this year. But this wideness translates to some better holding grip while using the phone in landscape style - that is what most games utilize. Because position, the Razer Phone's width ensure it is hands-free, giving me a nice, stable grasp while rotating the phone around in racing game Asphalt 8 or tapping about infighting game Tekken.

The phone's aluminum body features a matte, anodised feel on the rear, which makes it nice and grippy to hold, unlike, say, the glass trunk of their Note8 or even iPhone that could get slick sometimes. I do like the Razer Phone's massive dual front-facing stereo speakers, although they add slightly thicker bezels into the phone's upper and bottom. What the telephone sacrifices in today's edge-to-edge design fad, it makes up for loud, and powerful audio that make playing music or watching films during sex a joy.

The difference between the Razer Phone's music playback along with those from phones with bottom-facing speakers have been audible even to the non-audiophile. Nevertheless, the Razer Phone's speakers lack a more good bass response, also tend to crack and distort pretty clearly at near-maximum volume - that will be really a good thing that it is louder than most flagships even at just 50 per cent volume.

The camera is where the Razer Phone starts falling short of market leaders like the iPhone and this year's Samsung Galaxy S and Note lines. Quick test shots reveal decent image quality with faithful colour reproduction along with good detail. Nevertheless, the shooting procedure can be made better, because it has noticeable shutter lag in non invasive ailments. Action shots are inclined to be always a bit jarring also, as the camera has problem re adjusting its focus immediately. Overall, the Razer Phone has looks a formidable debut effort. I'll learn more about how it really pops up against your contest when I spend a little bit more time together with it.