Canon is shooting the image sensor employed in its own very best prosumer camera -- the 80D -- and putting it in a new, more portable shooter called the Canon Powershot G1X Mark III. With a built-in 24-72mm, f2.8-5.6 zoom lens, the newest camera hits the shelves in November and will cost $1,299. The G1X Mark III is simultaneously an development of the Powershot G1X lineup as well as a spiritual successor to 2015's G5X. The G1X Mark I and II were a few of the better slim compacts Canon released in the previous half a decade, but slim compacts are a much tougher sell in this time of abundant and terrific smartphone cameras.

Even the G5X, meanwhile, was a somewhat smaller but more distinct camera that stood out because of its design and feature-heavy strategy. It looked like it was designed to meet only those customers who wanted as much immediate manual control as can be fit on a compact camera, so much so that it felt like it had been destined for a one time. 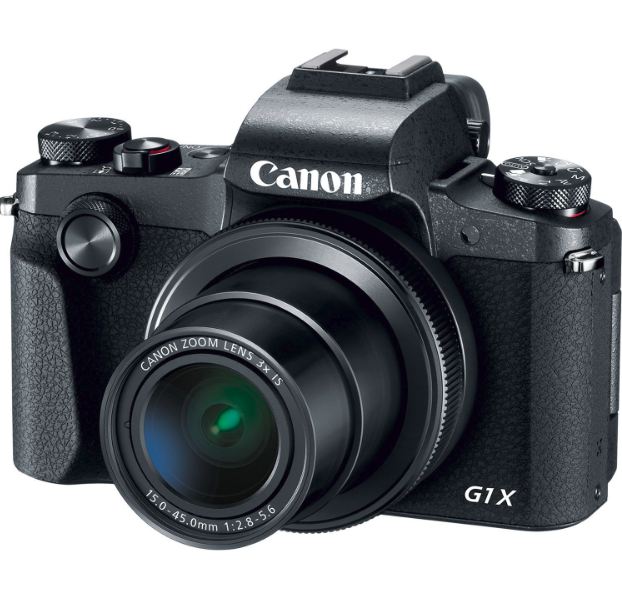 Together with the G1X Mark III, Canon's ditched the flat profile in favor of the more baroque knob-and-dial style of the G5X, with a couple of touches of red serving as the only distinguishing features. The corporation's essentially merged the 2 compacts while incorporating at the 80D's 24.2-megapixel APS-C sensor with dual pixel autofocus -- an image detector that Canon seems so proud of it has also been used from the M5 and M6 mirrorless cameras as well. (The G1X Mark III employs the same DIGIC 7 picture chip, too.)

Borrowing the G5X's slightly smaller plastic and metal framework means the camera is all about 150 grams lighter than the G1X Mark II (which weighed 553 grams vs the Mark III's 399). Nevertheless, the new G1X still provides a couple of noteworthy upgrades over the previous one, such as an electronic viewfinder, which employs a top resolution 2.36-million dot OLED display. The G1X Mark III also has a 3-inch LCD touchscreen which flips out and around 270 degrees. (That screen also offers one of my favourite characteristics from the M5, that's the ability to haul your thumb over it to pick an AF stage as you look through the viewfinder.)

The G1X Mark III is relatively speedy to get a compact. It shoots 7 frames per minute with continuous AF or 9 fps without -- a far cry from the 24 fps capacity of this Sony RX100 V, convinced, but plenty fast enough for many people. Plus it has Wi-Fi, Bluetooth, and NFC.

An ISO assortment of 100-25,600 means the G1X Mark III ought to help the camera manage itself nicely in low light, though it has a shorter zoom range and also slower aperture. The G1X Mark II used a 24-120mm lens with a f2.0-3.9 aperture, and so it is going to require some time to see how much of a gap that tradeoff creates when paired with the new image sensor and chip.

However, the most glaring omission is something which you've probably already noticed if you have been following Canon tightly enough the past couple of decades: no, the G1X Mark III doesn't shoot movie in 4K. It tops out at 1080p at 60 frames per minute.

Do most (or even a lot?) Folks will need to shoot 4K video? I believe the answer is still, broadly, no. However there are plenty of imaginative and future-proofing motives to want to take in 4K, both today and over the next few years that it will inevitably take to get a G1X Mark IV -- or something like it -- to be released. Canon's obviously thinks it is fine to slow play 4K in its own compacts, mirrorless cameras, also DSLRs under $3,000. But having a $1,299 price tag, it truly does not look like it would have been too much to ask about the G1X Mark III.